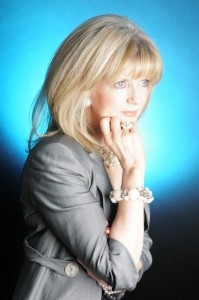 Having been in teaching for about 100 years I was beginning to feel that my post as faculty head of a support for learning department in a large secondary school was taking over my life and I was looking around for something else where I could use my skills which would still impact positively on the lives of children and young people in Scotland. I went to a party on Hogmanay 2010 and met a very interesting lady called Alison Ebbitt – she talked about her work in mediation and I liked the sound of it so we arranged to meet up in the new year for further discussion and I still liked what I was hearing about mediation. Then at 6am one foggy, icy January morning, my little car got broken into two bits on a tree after coming off a dual carriageway and down an embankment. Just a tad scary, but I walked away from that with a bruised elbow and a determination to actually make a change in my working life.

I applied for a voluntary post as an intake worker with Family Mediation South Lanarkshire and was accepted (rumours that my boss Mark was influenced by the M & S biscuits which I brought to the interview are totally unfounded!). I have been working in High Patrick Street on Monday mornings since July and have enjoyed being able to talk to people who are trying to put their children first despite the difficulties of separation. You have no idea what you are going to be presented with when you meet with clients – the fact that the person whom I met with when I was “flying solo” for the first time was a former pupil only added to the mix.

When the opportunity arose to apply for a traineeship in mediation with Family Mediation West, I jumped at the chance and was delighted to be accepted. So I am now feeling like the oldest student in town. And, if I am being honest, I am feeling a bit of a hypocrite when I think of the years I have spent advising students on how to organise their learning and maximise their study time. My untidy cupboards suddenly seem to become an urgent priority! Still, having met and worked with my fellow trainees, our trainers and all of the people within both Family Mediation West and South Lanarkshire, I feel well supported and am confident that the journey which I have embarked on will be worthwhile despite the U-turns, diversions and crossroads which will inevitably be encountered.