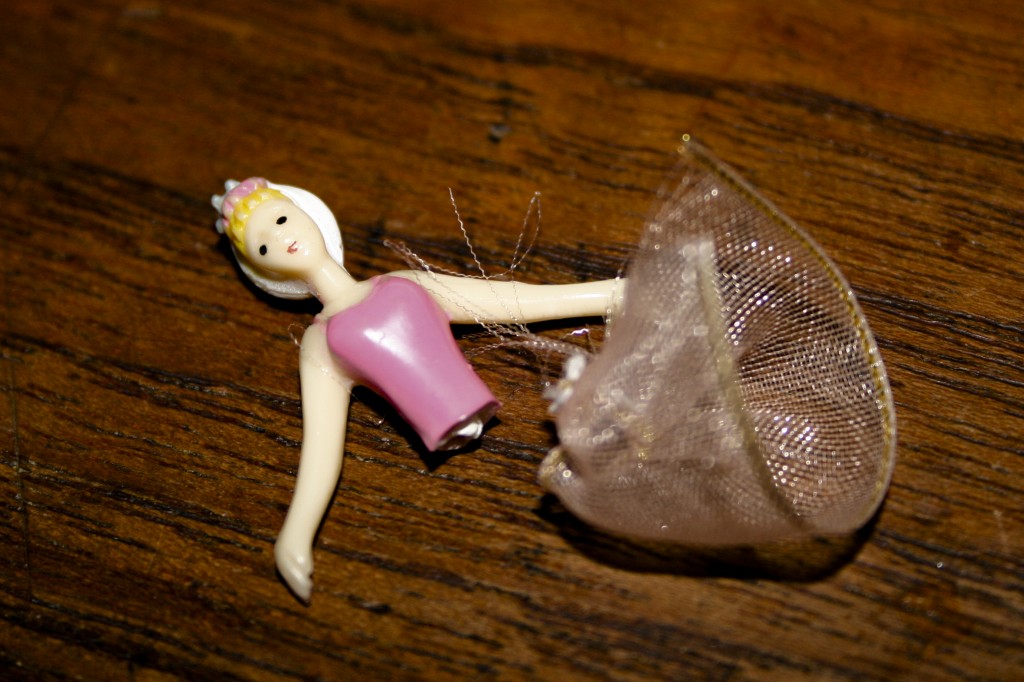 It is with some degree of irony that I sit here writing this post about sibling rivalry when I can hear my three-year-old loudly screaming “Cockadoodledoo!” in his sister’s face while she tries to read her newest Sparkle magazine. I am trying very hard not to intervene, however, having recently versed myself in top tips for dealing with sibling rivalry.

Let them sort it out between themselves as much as possible.

Ok, I can do that. It does seem to prolong the noise however. I wonder how long it’s acceptable to wait before I forcibly intervene.

Let them sort it out between themselves as much as possible … unless someone is at risk of being physically hurt.

Right, ah, well he was brandishing the plastic cockerel from his beloved farm animals set and he has been known to wallop her with a plastic cauliflower before.

It’s no laughing matter though, is it? Everyone holds an ideal of brotherly and sisterly love –  “Look how she mothers him”, “Look how sweetly they play together”, “Aren’t they good chums?” But that’s never been the case since the arrival of a little monster in our house. His sister, a placid little girl, loving and caring, extremely competent and capable of independent play, group time, quiet time and rip-roaring fun, took great exception to the arrival of the new kid on the block. This jealousy theme has continued over the last three years, but now manifests itself differently. Infighting, “He did this”, “She did that”, “It wasn’t me”, “He started it”, and “She pushed me first”. You get the picture.

Despite our best efforts to bring family harmony, recently it feels we’ve just gotten it all wrong and I’m reaching the point of exasperation and giving serious consideration to solo backpacking holidays in the Pyrenees.

Having buried my nose in all the best books, spoken to family and friends to get their views, and researched the internet, the few nuggets of advice that seem worth adhering to are that this situation should be easy to deal with.

Resolve differences as grown-ups in a way that you positively role-model to your children.

That makes sense. If we raise voices, storm off, slam doors and disrespect one another when we have a disagreement, then it follows the kids will behave similarly.

Spend quality time with each child on their own and make sure they have their own time and space.

Busy family life can’t always support this division of time between us, but as I’ve blogged before, it’s small things that can make a difference. We used to all snuggle up to read bedtime stories together then both kids went to bed at the same time. Now we take it in turns to read with one child at a time in their own rooms and at weekends, our nearly six-year-old gets to stay up a little later than her brother and spend some time on her own with us. It’s only an extra half hour, but it’s quickly become established as her time, and we all benefit massively from it. Equally, she loves crafting and setting aside half an hour every now and then when the boys go into the garden and kick a football and we sit at the kitchen table and make wooden spoon puppets. It makes a lovely difference to the vibe in our house.

Let each child know how equally important they are in the family.

Some good advice I was given recently was: ensure each of your children knows how important they are in the family and the special role they play. Having this conversation with our eldest was simple, but made a huge difference to her self-esteem and confidence. By explaining that being a girl and being the eldest in the family was a special role enabled her to carve out a position in the family where she felt much less threatened by her brother and his needs as the youngest.

The princess came up with a great idea of her own volition that we’ve embraced as a family and try to adhere to daily. One Saturday (with little Miss Bossy’s direction, I hasten to add) we sat down as a family and developed our ‘Family Rools.’ They are cleverly mind-mapped and displayed on the kitchen wall as a reminder that we all set and agreed these rules. My favourite is: “Treet others how you get treeted.” It’s straightforward and means no name-calling, no rough play, no door slamming, no bossing around – we all pick one another up when we see it going on, and there’s always consequences. Allowing the children to police their own and each other’s behaviour (and ours) empowers them to act accordingly.

So, as I leave them to battle it out over the farm animals I remind myself that allowing them to cope with their brotherly/sisterly disputes without my immediate intervention teaches them important life skills that will see them through in future situations. Like how to see and value another person’s perspective, how to compromise, how to negotiate, how to reach agreement without aggression and how to swiftly duck to avoid incoming contact with painted plastic poultry. Ouch.