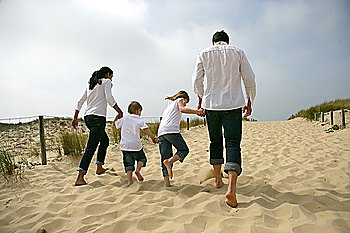 With the country looking ahead to at least another two weeks of lockdown, Relate, our sister charity in England, has provided an insight into how UK relationships are holding up. Evidence of growing unease has led the charity’s CEO, Aidan Jones, to warn of a “post-lockdown relationship reckoning”, where individuals, couples and families who are currently brushing issues under the carpet see tensions boil over as government restrictions are eased.

The findings in more detail

The poll of 2,021 UK adults also found that almost a quarter of respondents in relationships (23%) have had more arguments with their partner since lockdown. Finances were likely to have played a big part here, as 26% said money worries were placing more pressure on their relationship than usual.

Surveyed parents who are currently living with their children are under particular pressure with over a third (34%) saying they are finding it hard to create structure for their kids and keep to a routine, and almost a quarter (24%) saying their children’s behaviour had become an issue since staying at home.

“We welcome this new research from Relate. In Scotland, we always see a peak in people seeking relationship support after Christmas, when spending unusually long together brings issues to the surface. Add to that the current extended period of isolation, worries about job security, finances, how to juggle work with childcare and uncertainty about the future – and it’s clear why we’re expecting a post-lockdown relationship reckoning.

“These findings reflect what our counsellors across Scotland are seeing. People coming to us for support are saying that the COVID-19 pandemic and its repercussions are magnifying existing issues. Everyone’s trying their best to get through whilst stuck under one roof but that door won’t stay closed forever, which is why we’re urging anyone experiencing issues to get in touch now rather than letting things fester until things get irreparably bad.”