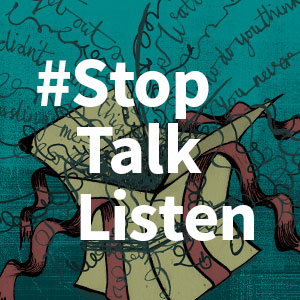 With the images we currently see every day on our TV screens, of refugees desperately struggling across oceans and fields to escape the horrors of war, it may be slightly more difficult this year than most for people to find further compassion for those who are homeless this winter.

Around 25,000 people are officially classified as ‘homeless’ each year in Scotland, with over 10,000 living in often unsuitable temporary accommodation. This includes many hundreds of families, very often with young children.

Around 1,800 people will sleep rough at some point during any calendar year, and a third will be young people under the age of 24, many of whom who had previously been in care. Over 200 people are considered to be ‘long-term rough sleepers’ and are amongst some of the most vulnerable people in Scotland.

What is clear is that desperate poverty still exists in Scotland today, which requires a response alongside that of the vital care that is needed for those suffering in so many other parts of the world.

One of the saddest results of the recent economic recession has been the decline of genuine compassion. More than ever, people are being blamed for their own poverty, as though a simple change of heart could somehow transform their life chances overnight. So instead of feeling a sense of collective care, too many people now simply absolve themselves of any responsibility by blaming the very ones who need their help the most.

Surely there must be a better response than this?

“What we need is a compassion that stands in awe at the burden the poor have to carry, rather than stands in judgement at the way they carry it.”

The former Chief Medical Officer of Scotland, Harry Burns, frequently recalls talking to a priest from Los Angeles, who was devoted to working with the gangs of the city. The priest had come to Glasgow, and said that he believed that “connectedness” was the key to social cohesion. Harry Burns often recounts the words the priest spoke that day. “What we need is a compassion that stands in awe at the burden the poor have to carry, rather than stands in judgement at the way they carry it.”

I do hope that as individuals and as a country, we never lose genuine compassion. It is what makes us human and what bonds us to the people in Scotland, and across the world, who are living in abject poverty. We shouldn’t forget them, for our response to those in need truly defines who we really are ourselves.

Relationships Scotland’s network provide relationship counselling, family mediation, child contact centres and other family support services across all of mainland and island Scotland.  Our work supports individuals, couples and families experiencing relationship difficulties.  Around 20,000 people have contact with our services each year.

Stuart Valentine is the Chief Executive of Relationships Scotland, which provides relationship and family support to over 15,000 people in Scotland each year, including a special project in Dundee in partnership with Shelter Scotland working with young people at risk of homelessness.