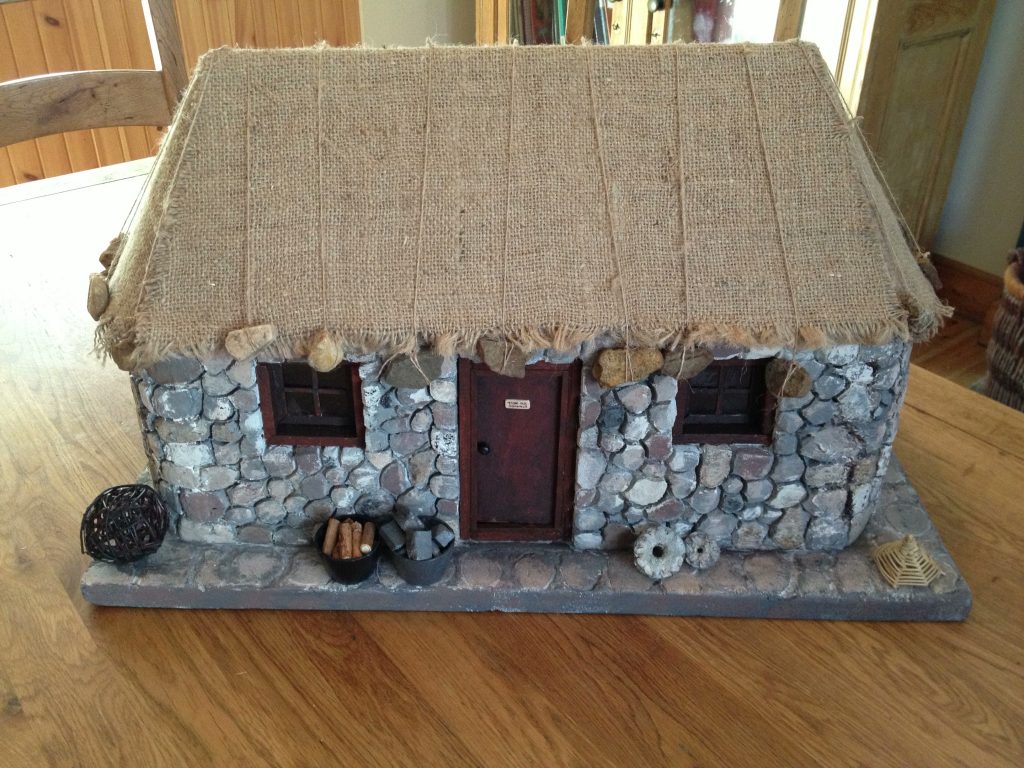 I gave up buying Easter eggs years ago. Yes, I miss the satisfying sound of the thin chocolate shell breaking, and there is something extra tasty about chocolate in an egg shape. But it’s a very inefficient chocolate delivery system. I can buy more for less, without all the packaging, and that unfortunately sealed the fate of Easter-related confectionery in this household. For me, anyway.

The children and the Mr have other ideas of course. Not for them the practical “yes, but you could buy that whole bar for a pound”. No, they still get that thrill in choosing an over-priced, over-wrapped egg in a box, and hassling any available grandparent for the biggest one on the shelf. And nanny and papa will of course oblige. It’s what they’re there for. Apparently.

I did suggest to my much-abused and put-upon parents that their four grandchildren could either make better use of the cash, or in fact, being old and needy wee people, they could save it and put it towards whatever old people spend it on. Gin I think. They laughed and said it was their money, they liked their grandweans much more than they liked their daughters, and seeing as they didn’t have to cope with the aftermath of the consumption of a kilo of sugar, let’s hit the shops.

My parents amaze me. Now retired, they seem busier than ever. Mother volunteers tirelessly, and Father has taken to hiding from Mother, busying himself with mini-projects. It’s the engineer in him. He’s never happier than when he’s building something, and his grandchildren are the beneficiaries. Both my daughters have beautiful handcrafted dolls’ houses, with bespoke furniture, and he’s completed entire nativity scenes for his grandsons’ school. With donkeys!

We have to be careful though. A simple request for help can mushroom into a build of the complexity of the Edinburgh trams. Witness the recent black house episode. I was having my usual “don’t buy those rubbish eggs, let’s all go for a day out and a nice walk instead” rant, and being ignored as usual, when smaller daughter asks her papa if he could help with her school project when visiting us at Easter. Just a simple thing, to build a wee model of the houses lived in by crofters at the time of the Highland Clearances. She had already collected her cereal boxes, had popped to the shops for some glue and coloured cardboard, and drawn a wee picture. Simples. Or not, as it turned out.

With the words ”can you help me” still hovering in the air, my father took over the project. Hours of research later, a model was sketched on architect’s paper, to scale, and materials were being ordered online. Weeks passed, with regular updates, late night phone calls to check furniture requirements, amendments to delivery schedules. Mother was sent on shopping expeditions to find the right colour of paint or just the right kind of sacking for the miniature box bed, and both spent days crafting and recrafting the wee crofter’s house.

And here it is. A labour of love and a passion for craft. What a job they did!

My parents tell me there is a joy to being a grandparent that is hard to describe. They have the time and money to enjoy these four children in a way they couldn’t always with my sister and me, and they take a great delight in every small achievement, every race run and prize won, and have commiserated with every disappointment. They adore their grandchildren, and for my part, I’m glad to have them around, even if the distance between us makes regular visiting difficult.

Back to the black house. My daughter’s school is of course thrilled with it, although she had to confess she had very little actual involvement in the making of it, as the project was slightly hijacked. Still, a bit of a result. An extra school house point for an excellent family project, and an absence of over-priced confectionery here: grandparents were so engrossed in the making of the black house, they forgot to buy the Easter eggs!

Now where’s my giant bar of Green and Black’s….