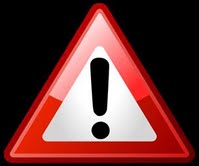 I’ve had friends comment that they think I have 48 hours in my day or else I live in a TARDIS, given all the things I can cram into my life.

Last year I surpassed myself, living through my busiest year yet. I was racing from one meeting to the next, writing letters and answering emails until 11 or 12 at night knowing I had a 5.45 am start for a full-time job. Family and friends got little parts of me, often when I was exhausted, which was less than they deserved.

I was reading through some of the many emails sent to me just this week and realised that in the whirl that was 2011 I had missed out on some pretty key information along the way. Towards the end of the year, for a number of reasons, I realised things needed to change. But then I’ve said that before. In fact, I said it at the beginning of 2011, with no idea of the madness that lay ahead.

So what would make this year different? I gave this year, 2012, a theme, as I’ve done for the past seven or eight years. Part of it included slowing down and letting go of anything that no longer served me, or anything that was a path without heart, as Don Juan advised. This gives me a focus, a point to come back to and review how I’m doing.

It was a wise choice for my own health reasons, because my job became very stressful due to staffing issues. Also because my youngest son was making decisions about the next steps in his career, my husband started his own business, and my youngest daughter had to pull out of university due to a severe virus, so I was around to support her. And just when she had resigned herself to graduating with a basic degree, she was contacted by the university a few days ago to advise that if she did her exams and her dissertation, she may be able to graduate with honours. So she has a week to study for her first exam even though she attended only a handful of lectures, but at least she’s going to give it a try.

I know what stress is like on a practical level, having suffered badly from it in 2006 in a job I hated. I also know about it from a management and coaching perspective, as a chartered member of the Chartered Institute of Personnel and Development. Knowing the theory doesn’t necessarily mean I get it right myself. This year, however, I’ve been practising mindfulness to help slow me down, after hearing how it’s being explained to NHS workers as a clear way to reduce the effects of stress. Mindfulness helps me observe without judgement.

How did my life get so busy? I know I get bored easily, I read and grasp things very quickly, but the constant busyness has been a way of life since I was 18. Then I got married, had four children who were five and under while helping to look after my husband’s elderly great aunt, moved to Scotland, got divorced, lived as a single parent with four children while going through university at night class and holding down a full-time job, got remarried and formed a blended family – and it just kept going. Part of that busyness was about survival; you have to do what you have to do.

I can see now that it was partly because I got myself tangled in webs made up of things that really didn’t matter, as well as some that really did, such as my resignation and the reasons for it. I can also see that it was partly because busyness meant that I didn’t have to stop and meet myself, and meet the parts of me that I preferred not to face – hurt, guilt, and the realisation that I am less than perfect even though I’ve tried to be perfect for so long.

Taking time to slow down – and at times, to stop altogether – has meant that I’ve had time to face these realisations and deal with them. I’ve had time to think about how I live and make sure what I do is in line my deepest values. That means I connect with my heart, and my heart connects with those who really matter to me. It means I live a meaningful happy life, and I make sure I start doing those things on my bucket list (and yes, I’m just back from Rome!).

When I read this quote below I thought these were profound questions. I want to be able to answer them all with a yes. What about you?

“If you have the privilege of being with a person who is aware at the time of his or her death, you find the questions such a person asks are very simple. “Did I love well?” “Did I live fully?” “Did I learn to let go?” ~  Jack Kornfield