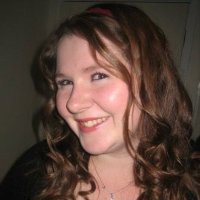 In April last year I became a mum for the first time. Like most new parents I had attended ante-natal classes which told me what to expect in the first few days and had lots of advice from people about how my life would never be the same again. It isn’t, I’ll grant you that but over the past 9 months there have been so many little things that no one ever told me about.

So I asked a few other mums what were the things that no one ever told you and the list below is the result. I’m sure there are more please comment so we can share those too! A huge thank you to those who have contributed:

• Despite craving a whole night’s sleep, the first time this happens you will wake up in a panic and rush to check that your wee one is still breathing, you might even break the “never wake a sleeping baby” rule just to double check.

• Baby wipes are actually the best invention ever and you will no longer remember what your life was like before them. They are great for dusting, removing make up and obviously for their intended purpose of cleaning up your baby.

• Handbag what handbag? Your new best friend is your changing bag and you’ll have a constant nagging feeling about what you’ve forgotten (or a Home Alone moment) the first time you leave home without it.

• Some of your hair is going to fall out, or if you are like me great big wads of it. I’m now trying to hide the regrowth which is growing like a very daft fringe, not something you would chose if you have curly hair!

• You’re probably going to break every rule going in order to get your little one to sleep. There are some mothers who have what I call “magic babies” who go down to sleep and self- settle (hate that term) from the get go but for others you will feed them to sleep, rock them to sleep, drive them in the car and then do the, as my friend called it, bomb disposal moves to get them into their Moses basket without waking them.

• You’re going to be given so much advice both wanted and unwanted. Learn to smile and nod now because it’s the best way forward. Trust your instincts because you know you’re little one best, and keep telling yourself that even the most unwanted advice does come from a good place (I say this through gritted teeth).

• The Poo. You will have never talked about/ thought about poo so much in your life. I even ended up googling baby poo. I suppose it’s inevitable when your life revolves around sleeping, eating and pooing.

• Carrying on from the above topic, nappies leak. They do, I’ve tried every brand and every now and again your beautiful little angel will do something that goes all the way up the back of their baby grow, sometimes through multiple layers. So much so that you might even just cut on the offending outfit and throw it in the bin as opposed to trying to get the outfit off and over their head. Although when my wee one was about 6 months old I was told that the vests with the stretchy necks are designed so that you can take them off down the way.

• When you turn your back for the quickest of seconds and your baby rolls off the couch you feel like the worst mother in the world. It happened to me I’m sure it must happen to others. You’ll probably then spend the rest of the day debating whether or not to admit to your partner that it happened.

• It’s hard (okay people probably did tell you this), it’s really demanding and for the first 6 weeks you don’t get anything back from them.

• How much you actually don’t care about any of the above. The first time you get that wee smile back from them you’ll forgive them the world.