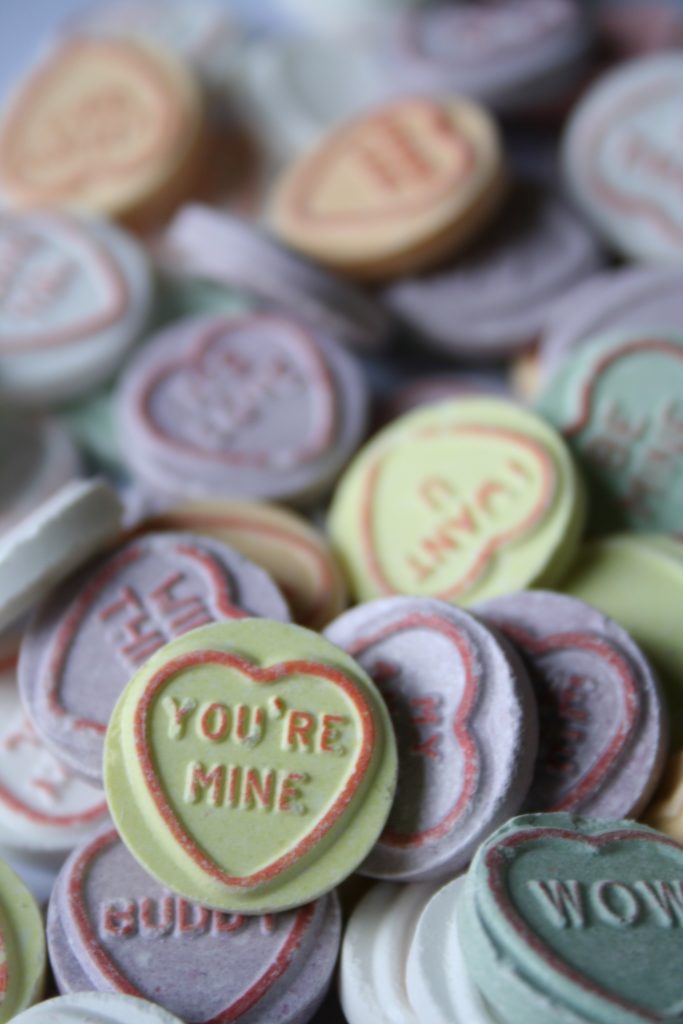 Having been asked to contribute a piece on Valentine’s Day, my initial reaction was: “Oh no – not another commercially driven ‘celebration’!”

So I did a quick and completely unscientific poll of male and female friends of different ages and stages. The results are in. No one over the age of 21 seems to take it seriously. However, males in relationships accept that by not acknowledging it they could expect a spell in the black books; females in relationships rolled their eyes, but did expect the flowers, chocolates, cards and so on. Both sexes not in relationships were bored to tears with being assaulted by romance at every turn. Everyone thought the day has become yet another marketable commodity – just after Christmas and before Easter – allowing advertisers and merchants alike to sell a load of junk that no one needs. So there we are ladies and gentlemen – irrelevant, expensive and shallow just about sums up attitudes. Not very romantic, is it?

This got me thinking about the history of the day so I consulted the oracle at Wikipedia and began to wish I didn’t have such an enquiring mind. There are so many stories surrounding several St Valentines that you just have to take your pick. I followed a link to a site that painted the ultimate hagiography of a young priest marrying a Christian couple against the wishes of the Emperor Claudius II. On being arrested, Claudius took a liking to the priest until the silly boy had the temerity to try to convert him, whereupon he was beaten with clubs and sticks and then beheaded. So much for hearts and flowers. Apparently he asked his followers to “remember your Valentine” – a phrase just made for Hallmark!

Valentine greetings are chronicled as far back as the middle ages, but were spoken or sung to one’s beloved. With the invention of the printing press in the 1400s paper Valentine greetings were produced and exchanged by lovers. By the 1800s they were made by hand in factories using card, lace and ribbons, but by the end of the 1800s they were made entirely by machine. And with the introduction of standardised postal rates in 1840 it became commonplace for cards to be posted. No doubt many youngsters now receive their Valentines via text, Facebook or email.

After that very quick and superficial romp through the history of Valentine’s Day, where does it leave us in 2013? Surely what matters to all of us is to know that we are loved and appreciated just as we are by the significant people in our lives every single day. So let’s enjoy the nonsense that is 14 February, whether we are in a romantic relationship or not, by eating too much chocolate, drinking too much  pink champagne and remembering to smell the roses or whatever it is that makes us smile. Happy Valentine’s Day!