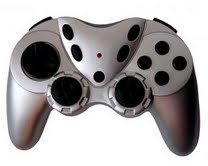 I’m sure I’m not the only one who has this issue. How long should the kids spend on their games consoles and hidden away in their rooms?

It’s a harder question now than ever before because there is such a social – I use the word loosely – aspect to it all now.

Our soon-to-be 14-year-old is at the stage that when asked to leave his room for anything other than food a battle develops. It is all that much harder as he went into his room a while ago as our 13-year-old sweetheart and has emerged a gangly being with a deep voice and big feet. He had friends round the other day and I forced them out into the fresh air. They came back 15 minutes later saying they were bored and had nothing to do. Since when have the youth of today lost the ability to walk to the shop or hang around a phone box? Do they still have phone boxes? They ended up playing computer games in his room, so no change there.

We decided to dust down his bike so that he can go out cycling with dad and we are planning family walks, but only because he wouldn’t come to Zumba with me.

Now we have over six weeks of summer holidays and the child torture that we have inflicted in the form of waking him up at 8 o’clock to go to his aunt’s while his dad and I have the cheek to work through said six weeks. I tried negotiating a holiday bedtime curfew with limited success. The result is me asleep at 10.30 his dad at 11.00 and him at 11.30. His reasoning for staying up is that it doesn’t matter how much sleep he gets as it’s the time he wakes up that makes him tired.

I’m beginning to wonder if my celebration of no ironing on a Sunday and not needing to have copious amounts of coins available every morning was a bit premature. It’s just a change of issues. But they do say a change is as good as a rest, don’t they?