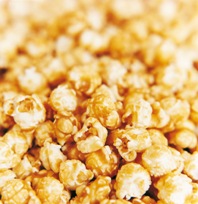 I can’t remember the last time I had a night out with my husband. You know, a proper one where we pack the kids off to the grandparents for the night, get on our best clobber and head out to do the things we used to do before the children arrived. Like the ones we had before our weekends began to consist of taxi-ing little people to and fro between the numerous birthday parties that their weekends are filled with. Their social lives are better than ours. Like the ones we had before our Sunday mornings came to consist of necking coffee in a primary-coloured play haven for over-exuberant pre-schoolers where the title ‘soft play’ couldn’t be any more ironic.

Pre-children (when we knew bog all about what life would be like with little people to nurture and be wholly responsible for) we’d talk of how even when we were blessed with children we’d still ensure we had lots of quality time together as a couple, doing the things we enjoyed back then. We’d make grand plans of having a meal out at least once a month; we’d still take regular trips to the cinema and see the occasional show at the theatre. Five years on and I don’t think the 11am performance of Hairy Mclary from Donaldson’s Dairy counts as a bona fide trip to the theatre, especially as the nippers were in tow, and one of them cried solidly for the entire 45-minute duration of the show but still refused to leave the theatre. Meals out do still happen on a frequent enough basis I’m pleased to say, but of course with the additional company of the little princess and the little monster. Snatched conversations interspersed with ‘use your fork not your fingers’, ‘that’s enough tomato sauce’ and ‘daddy can take you to the toilet this time’ over the kids-eat-free pizza deal on a Friday evening weren’t quite what we’d had in mind.

But this family time is important. It’s why we had children, and spending time with them is, of course, our number one love, we wouldn’t change that. However, good guidance I was given by both my grandmothers, long before I had children, and sadly before they ever got to meet mine was that it’s just as important to be a wife as a mother, neither should be more important than the other. To that end, it is right that my husband and I should still date.

The importance of grown-up conversation, in a grown-up environment where there are no balloons to take away at the end of your meal, shouldn’t be underestimated. Maintaining a relationship with your spouse is surely the backbone of family life? I want our children to look to us as parents and see that love, respect, and placing importance on spending time with one another are key foundations in positive relationships that they can they replicate as they grow older.

Dates pre-children may have been more frequent and extravagant than they can be now given the not insignificant dent in disposable income that comes with having children, but that doesn’t mean that they shouldn’t be prioritised and planned.  These days most couples struggle with the balance of work, family and other commitment but it’s easier than you think to set aside one evening a week where the only thing on the agenda is spending quality time together. It doesn’t have to be a night out either; I know many families don’t have a free-flowing reservoir of willing babysitters. ’Date night’ might be as simple as cooking and eating a meal together that doesn’t come with a side of alphabetti spaghetti and potato waffles; snuggling on the sofa and watching a film that was on at the cinema three years ago but which you still haven’t seen, or just simply chatting over a cup of tea. The important point is that your relationship with your partner is as equally as important as that with your children.

Now, I just need to master the art of getting a full night’s sleep every now and again, as apparently  falling asleep into the bowl of popcorn within minutes of our sofa and movie date night commencing does not make for a likely request for a second date!